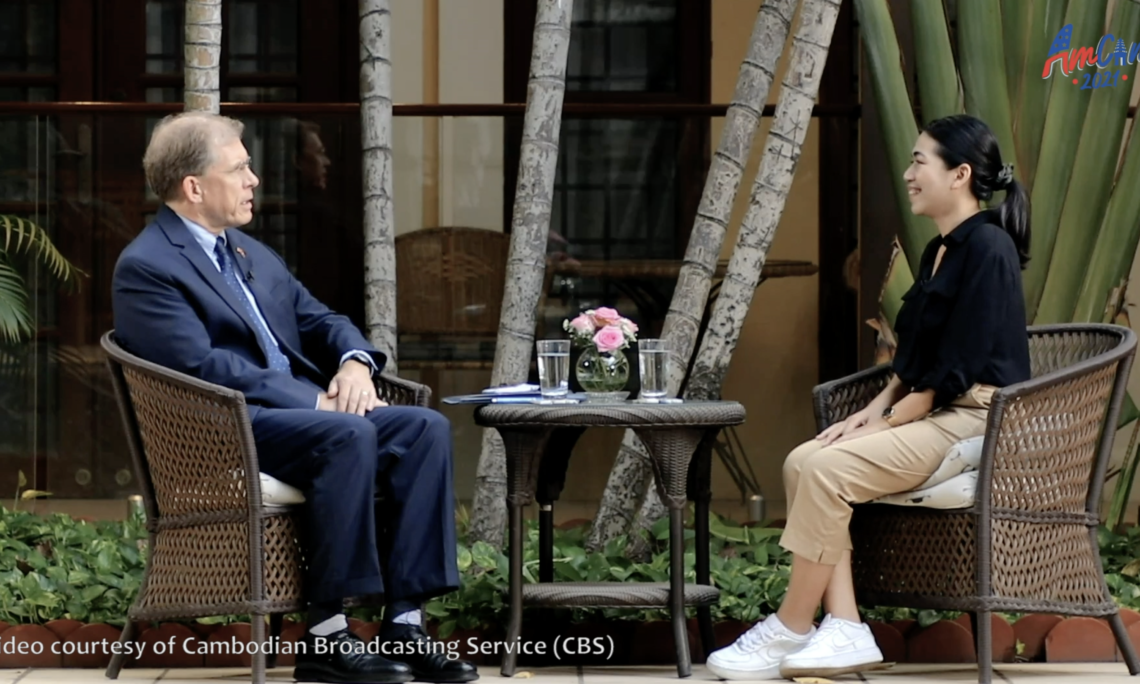 The 20-minute conversation, produced by the Cambodian Broadcasting Service, was live-streamed on U.S. Embassy Phnom Penh’s Facebook page on February 11. The video is available for re-broadcast and re-use by local media.

Ambassador Murphy was struck by how beloved Sin Sisamuth remains in Cambodia, so many years after his tragic death. “I hear his songs on some radio stations, see his pictures in restaurants and some boutique hotels,” the Ambassador said. “His songs still resonate with old and young people these days.”

Singer Sochhata said she never met her grandfather, but learned about him through her grandmother who lives in Stung Treng province.

“Most of his songs use metaphors to compare people’s lives to nature. One day they were in Siem Reap to visit the temple and my grandmother wanted to go to the temple, but my grandpa (Sin Sisamuth) said he only waited outside and hours later, he got one song done. I was amazed to hear his story of songwriting.”

Sochhata has written three new original songs, and the first will be released Feb. 19. “I use simple words, straight to the point, because I want the audience to understand it clearly.”