The Cambodian-American community in Long Beach, California gave my family and me a very warm welcome during our visit last week. An overflow crowd of 350 people joined a community forum at the La Lune Imperial Restaurant in Long Beach. I made a presentation entitled “Cambodia: Yesterday, Today, and Tomorrow” that outlined recent developments in Cambodia and America’s role in encouraging positive change. The audience asked many tough questions about economic relations between the U.S. and Cambodia, Cambodia’s prospects for having free and fair elections in 2017 and 2018, corruption, the very sad killing of Kem Ley, and U.S. visa policy. 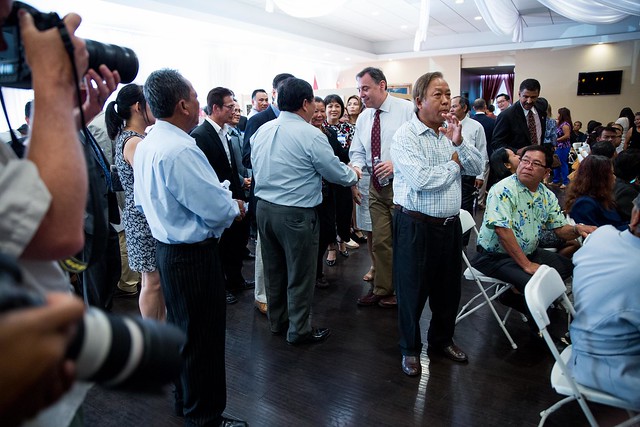 Long Beach has the United States’ largest population of Cambodian-Americans, estimated at 50,000 persons. I was extremely impressed by the pride they showed in their community and their close relationship with local elected officials. Mayor Robert Garcia expressed his strong support for Cambodiatown, the area of Long Beach where many Cambodian-Americans have established businesses. We met a terrific group of Cambodian-American university students who are committed to building stronger bridges to Cambodia and are organizing a national meeting of Cambodian-American student organizations next fall.

We met many committed small business owners during a morning walk around Cambodiatown, including the great Cambodian-American mechanics at Mike’s Auto Repair, who make “Sei”, the feathered, badminton-like birdies used in the classic Cambodian kicking game. Many Long Beach residents are already helping their home country through charity projects or investments in Cambodia’s economy. 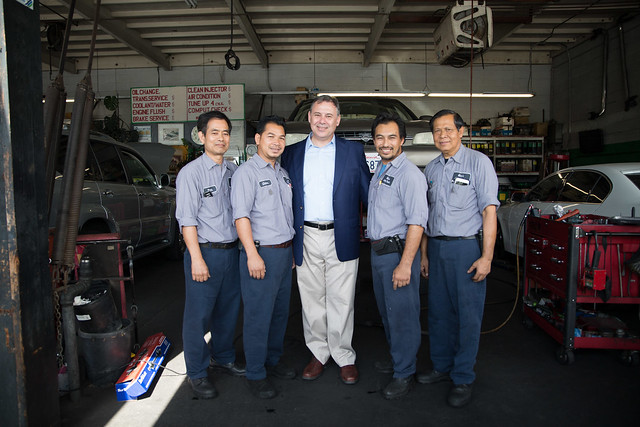 Most of all, we were struck by the very deep ties between Long Beach and Cambodia. The Cambodian-American community in Long Beach cares deeply about their homeland, and wants to help it develop and become more democratic and prosperous. This was very clear during our visit to Wat Willow, the oldest and largest Cambodian temple in the United States. It is the heart of the Cambodian – American community in Long Beach, and we were overwhelmed by the warm reception we received.

We would like to thank the organizing committee for our visit, which did a wonderful job and included representatives from a range of social and political groups in Long Beach. 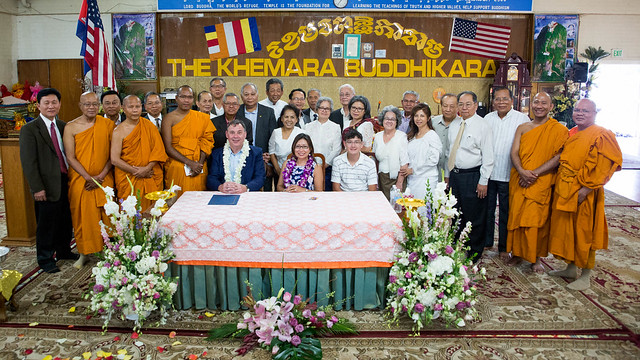