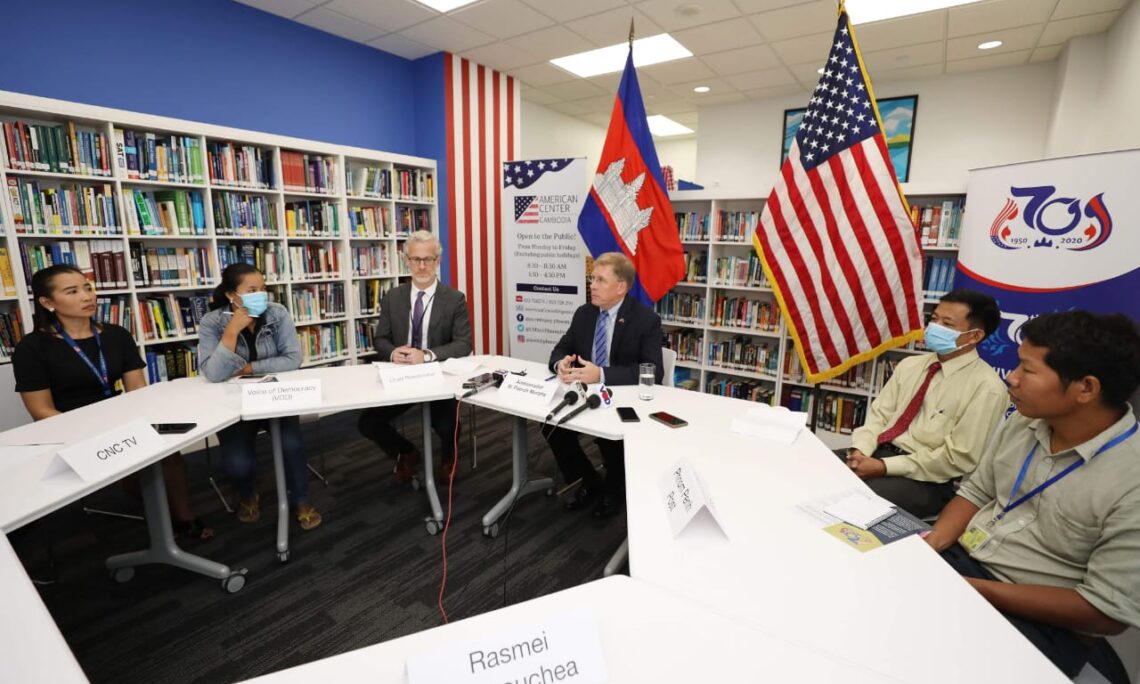 The Public Affairs Section (PAS) administers Press, Information, and Cultural programs for the U.S. Embassy in Cambodia. PAS serves as a liaison with local and international press, distributes information about U.S. policies, institutions, society and values, and administers educational and cultural exchange programs to promote mutual understanding between the people of the United States and Cambodia.

The Public Affairs Officer serves as the official Embassy spokesperson. The Press Section is responsible for relations between the Embassy and the media, distributing Embassy press releases and statements to media organizations, responding to questions from the press, providing information on U.S. foreign policy and current issues and arranging interviews with U.S. government officials and press coverage of Embassy events.

The Cultural Section of PAS administers a variety of academic and educational programs.

The Public Affairs Sections houses the American Center. The American Center is the research and reference service of the U.S. Embassy, providing up-to-date information to Cambodian audiences on the United States, its people, and its policies. Reference specialists who respond to queries from government officials, academics, members of the media, NGO representatives, and private citizens staff the American Center.