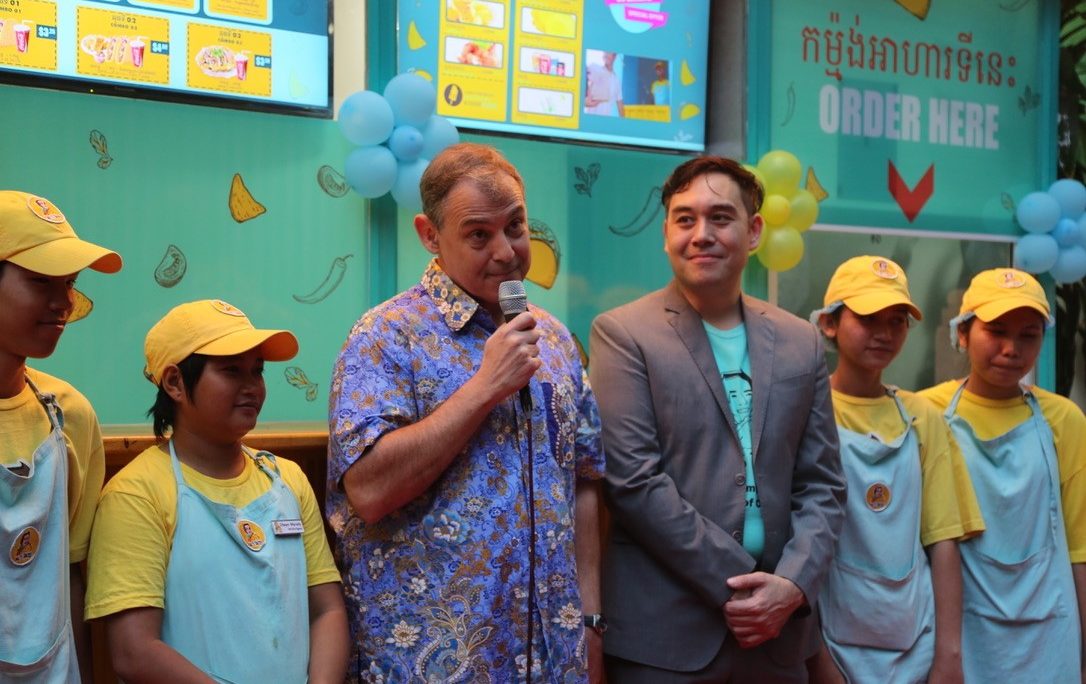 Thanks for coming.  Delighted to join in opening this brand new Al’s Taco shop, the first of a planned 10 shops in Phnom Penh by the end of 2019.

The Taco is a quintessential American food, which means it is a mix of different cultures and experiences, just like the United States itself.  It was invented in Los Angeles in the early 1900s by Mexican-American immigrants.

The modest taco is also a symbol of the close ties between the Cambodian and American peoples.  The founder of Al’s Tacos, Allen Tan, is not only the Chairman of AmCham but also a Cambodian-American himself.

And all of Al’s Tacos hard taco shells are produced here in Cambodia using equipment imported from the United States.

But I’m told the most popular flavor is the Korean Beef taco, which is not from Korea, but was actually invented in Los Angeles in the mid-1990s.

Very proud that the Al’s Tacos logo was designed by a former US Ambassador’s Youth Council President, Ms. Porhour.  That’s another connection between the U.S. and Cambodia.

And did you know that Al’s Tacos offers above market wages ($1/hr. minimum) and flexible working hours to shift employees allowing many students to hold these jobs.

So I hope that by opening this store today, and hopefully many more to follow, we will set off a taco craze in Cambodia that will inspire thousands of Cambodians to try this small – but important – part of American cuisine.

And once the craze gets started, Allen, I think you should create a “num banczok” or “prahok ktih” taco as well!

Thank you again and please join me in wishing Al’s Taco all the best!