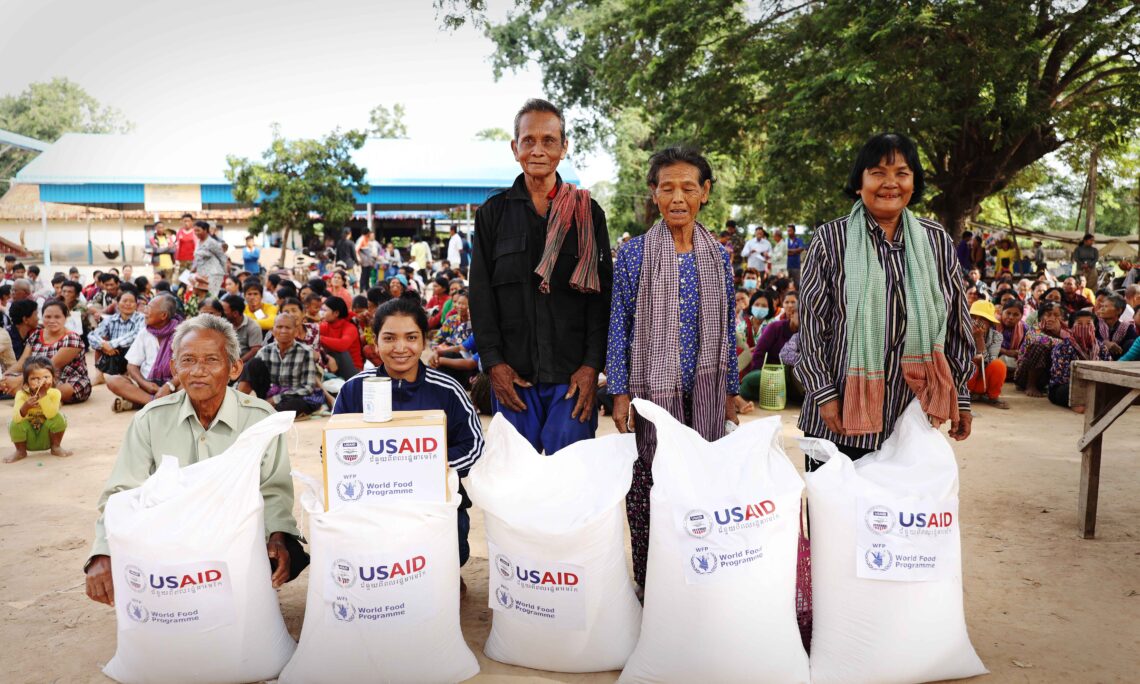 (November 2, Phnom Penh) – The U.S. Embassy provided food assistance to over 2,500 flood-affected households in the Cambodian province of Pursat last week, funded by the U.S. Agency for International Development (USAID) and distributed through the United Nations World Food Programme (WFP).

Cambodia is experiencing its worst flooding in 20 years, particularly in areas unprepared for flash floods.  Continuous heavy rainfall triggered severe flash floods affecting at least 14 of the country’s 25 provinces, including the capital Phnom Penh. Close to 200,000 households have been affected, 40 lives have been lost, and more than 14,000 people are displaced. Almost 330,000 hectares of agricultural land and 2,100 km of road have been damaged, impacting people’s access to food and their livelihoods.

WFP distributed food assistance on October 28 to 2,560 severely flood-affected households in the three districts of Pursat town, Bakan, and Kravanh of Pursat province. The households were selected in coordination with provincial, district, and commune authorities. Priority was given to vulnerable households, including those registered in the government’s poverty assistance program and women-headed households, recognizing that the floods have depleted already tight household incomes and food stocks.

USAID has provided more than $7 million in disaster response, preparedness, and risk reduction assistance in Cambodia since 2000.  Through the recently launched Mekong-U.S. Partnership, the United States is also strengthening local disaster preparedness and responsiveness across the five Lower Mekong countries, including Cambodia.