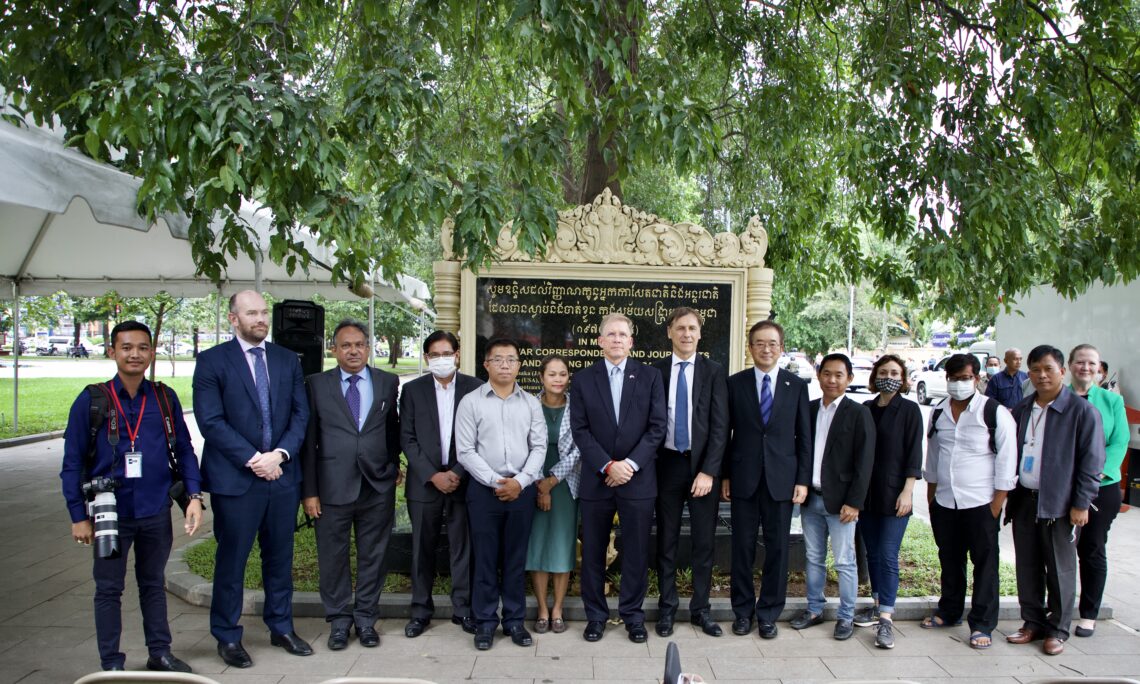 The ceremony, organized by the U.S. and French Embassies in Phnom Penh, honored the 37 journalists and correspondents who went missing or were killed during the conflict in Cambodia and highlighted the importance of press freedom enshrined in the 1948 Universal Declaration of Human Rights.

Ambassador Murphy, Ambassador Pellet, and Ambassador Mikami acknowledged the critical role of a free press in a healthy democracy.

“Reporting the news is never easy or without risk – and today we honor independent journalists in Cambodia and around the world who toil daily to investigate, analyze, question, and report,” said Ambassador Murphy.

“Today, by paying tribute to those journalists who lost their lives while reporting on the Cambodian civil war in the 1970’s and at a time when journalists are being killed, wounded, targeted and abducted in Ukraine, we want to recall that without protection of journalists there is no press freedom,” said Ambassador Pellet.

“Freedom of the press is the foundation of any free and democratic society,” said Ambassador Mikami.

The United States and France are committed to the Cambodian people and their aspirations for a more prosperous, democratic, and independent country where all voices are heard and respected.